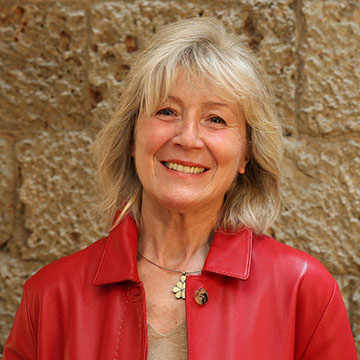 Francesca Bettìo has been an independent director of Banca Monte dei Paschi di Siena S.p.A. since May 2020, where she also holds the position of Deputy Chairperson and is a member of the Related-party transactions Committee.

Her professional experience includes the position of Full Professor of Economic Policy at the University of Siena and extensive years of academic activity and study in Italy and abroad.

Her professional experiences include the position of Full Professor of Economic Policy at the University of Siena and several years of academic and research activity in Italy and abroad. Among her main appointments in Italy and abroad, she has been a member of the Scientific Committee for the Development of Gender Studies, coordinated by the Scuola Superiore di Pubblica Amministrazione, and has held positions at the service of the European Commission including National Expert on the female labour market issues, Task Coordinator of the European network of national experts "Scientific Analysis and Advice on Gender Equality in the EU" (SAAGE), Lead Coordinator of the " European Network of Experts on Gender Equality Issues" (ENEGE), and Lead Coordinator of the network of experts “Employment and Gender Equality Issues" (EGGE). She has also been a member of the Steering Committee of EU research projects (including "Meta Analysis of Women and Science") and Scientific Supervisor of studies for the European Parliament (including "The Gender Aspects of the Economic Turndown and the Financial Crisis").

Ms. Bettìo is a member of the editorial board of numerous specialist journals in both Italy and abroad.